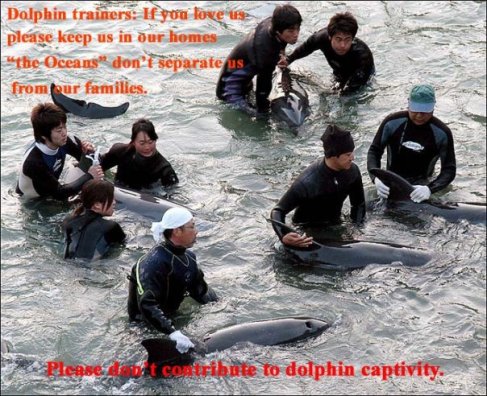 In an article published in Japan the Elsa Conservancy / O’Barry in March of 2012  the captive industry is directly linked to the cruel drive fisheries in Taiji, Japan where dolphins are pushed into a shallow cove using sound. Once trapped some are selected for captivity entertaining people at marine parks, and the rest are then slaughtered. The article is written in Japanese which makes it a great piece to share via Twitter and Facebook in Japanese. Use a translator and get creative. Change will come from within Japan so we must support those who live there and can make that change happen!