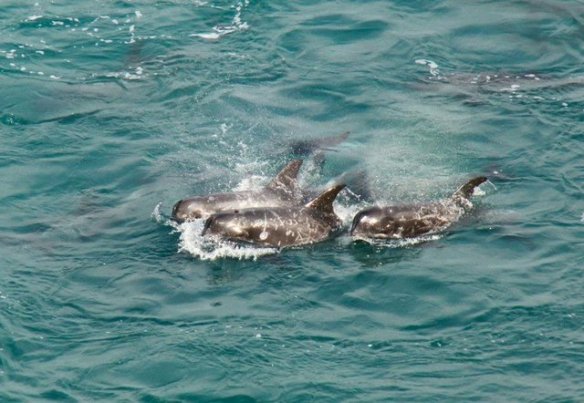 Another pod of Risso’s dolphins approximately 15-20 found themselves surrounded and then driven to their death on October 19, 2012. Taiji, Japan  is a place where compassion towards dolphins is not common place. 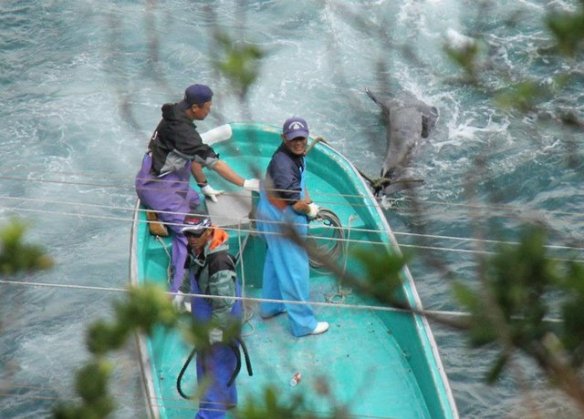 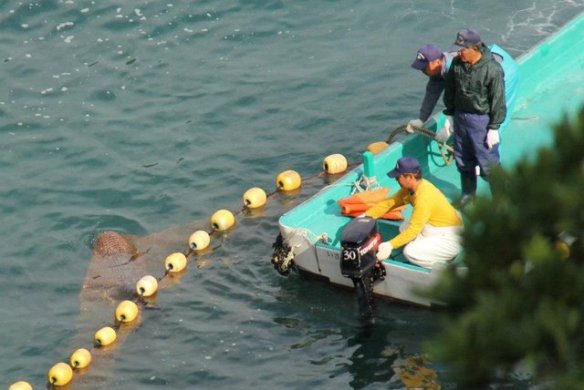 A Risso’s dolphins suffocates trapped in a net as hunters stand by doing nothing. Photo by Sea Shepherd Conservation Society Cove Guardians November 19,2012

The hunters are a small group of men that have gone to great lengths for many years to hide the horrible death and suffering they have wrought upon dolphins. Fortunately the dolphin/ocean activists will always expose the truth. In making The academy award-winning documentary film “The Cove” Ric O’Barry, Louis Psihoyos and their team used a James Bond style approach that allowed the film-makers to capture the ugly truth about what was happening to dolphins in Taiji, Japan. The world was shocked and the film gave way to an organized presence of volunteers each year during the drive season. From September to March,  Sea Shepherds Cove Guardians, Save Japan Dolphins Cove Monitors, independent volunteers and other organizations, are the watchful eyes for the dolphins recording and reporting on the terrible dolphin suffering. 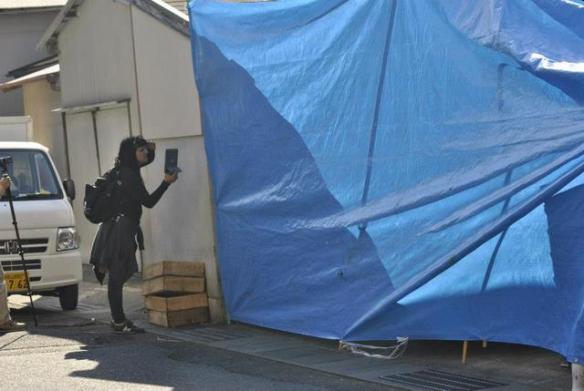 Know matter how hard the dolphin hunters, and butchers have tried to hide this inhumane slaughter and capture, they cannot be careful enough. The truth will always be revealed. 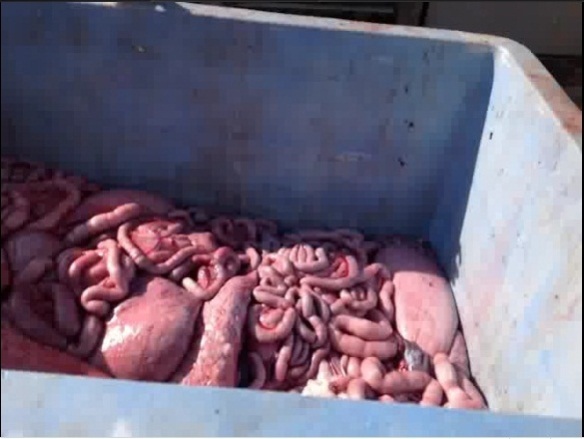 The dolphin hunters are determined to continue the dolphin hunt and dolphin suffering indefinitely. At the same time dolphin activists whose ranks are growing exponentially everyday are equally as determined to end the dolphins suffering in Taiji forever. Each and every time the hunters pursue, and harm dolphins activists will be recording and broadcasting the truth about the inhumane treatment of dolphins in Taiji, Japan.