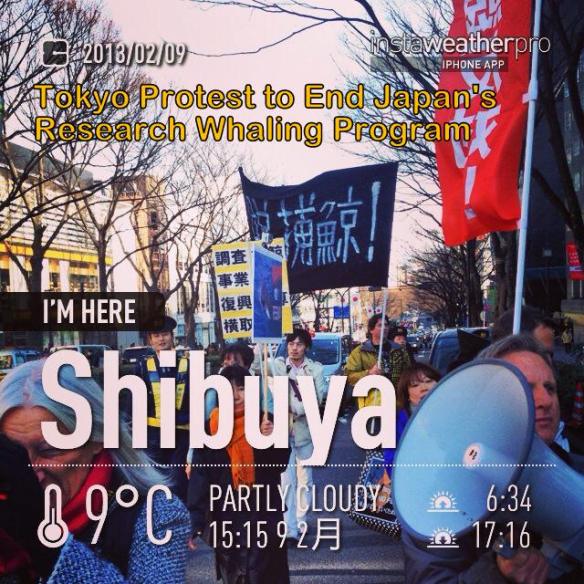 Action for Marine Mammals  海洋ほ乳類を守る会 an independent, Japanese group supporting cetaceans in Japan has staged their second protest in Tokyo. This second protest solely focused on opposition to Japan’s controversial  research whaling program in the Antarctic Southern Ocean Whale Sanctuary. In 1986 a moratorium was placed on whaling. Since that time Japan has circumvented the ban by using a clause in the moratorium that allows for research whaling. Despite the Japanese government and powerful Japan Fisheries efforts to keep whaling alive the people of Japan are  speaking out against hunting whales and with good reason. Aside from being inhumane the business of whaling is a financially a sinking ship.

In a recent report by the International Fund for Animal Welfare (IFAW) released on February 5 many substantial reasons for ending Japan’s whaling program were listed: 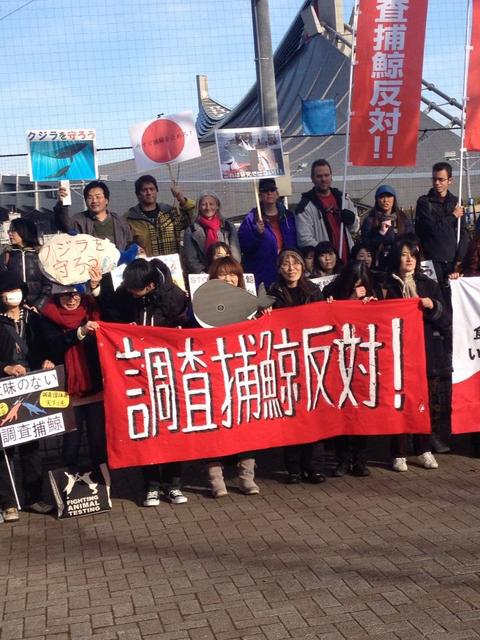 Without opposition the march was able to move forward with their peaceful yet strong message asking the Japanese government to end research whaling. 48 attended and the event was declared a success. This small but brave group of pioneers now a voice for whales and dolphins have had their second historical march through the streets of Tokyo spreading awareness to 1000’s. Their’s is a message of peace and hope for whales and dolphins in Japan and worldwide.