The European Council Directive 1999/22/EC on the keeping of wild animals in zoos requires that animals must be kept in conditions that meet their biological and conservation requirements. Yet in the case of cetaceans, it is impossible for these requirements to be met in captivity. Because no tanks, no lagoons as big as they can be, could ever replace the freedom of swimming in the immensity of the ocean (source).

Today there are 34 captive facilities and 286 cetaceans in captivity in Europe. Those countries include:Belgium, Denmark, Finland, France, Germany, Greece, Italy, Malta, Netherlands, Portugal, Spain, Sweden and Switzerland. “WDCS anti-captivity lead, Cathy Williamson states, these commercially driven, circus-style shows may seem like fun but the truth is much sadder”. Ric O’Barry of the Dolphin Project describes captivity as a life of silence and isolation: “Most captive dolphins are confined in minuscule tanks containing chemically treated artificial seawater. Dolphins in a tank are severely restricted in using their highly developed sonar, which is one of the most damaging aspects of captivity. It is much like forcing a person to live in a hall of mirrors for the rest of their life – their image always bouncing back with no clear direction in sight”(source).

25% of the cetacean population in captive facilities in Europe were obtained from a wild source meaning capture or strand while the captive born dolphins are being bred from small breeding pools. According to born free these facilities breeding pools are unsustainable which will force dolphinariums to purchase wild dolphins: “The captive population is unsustainable. Captures of wild dolphins for captivity still goes on in some parts of the world.

Bottlenose dolphins have last moments together before being dragged to slaughter.
By SSCS C.G. 1.20.13

The danger remains that if the number of dolphinaria in the EU remains the same or increases that attempts may be made by dolphinaria to import further wild-caught dolphins into the EU which contradicts EU law, too” (source)

Two long time dolphin advocates in Europe Yvon Godfroid and Annelies Mullens could see the unsustainable situation, and the terrible dolphin suffering taking place in captive facilities throughout Europe and worldwide. Independent of all groups they decided to organize a demonstration. They realize that the hunt in Taiji and other places will never end as long as dolphinaria exists. They realize that as long as dolphinaria exists the dolphin hunt will go on.

How can you help the dolphins and get involved in the Belgium Demonstration? Join Ric O’Barry and attend the event in Brussels! You can sign up on Facebook: Demonstration against Captivity of Cetaceans in Europe! If you are not in Europe and cannot attend the even you can still be a voice for the dolphins and support the demonstration by making a donation no matter how small or large to the Europe Must Ban Dolphinaria Demo. You can find more information on the actual demo at: For a Delphinarium-free Europe!!! You can also sign the petition All dolphinaria must be closed in Europe!!! 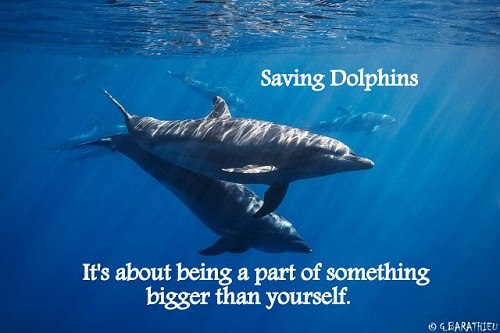 Dolphin freedom is so worth fighting for. Together we can make a difference.

11 thoughts on “No Dolphinariums in Europe: June 28 Demo Gives Dolphins Hope for Freedom”