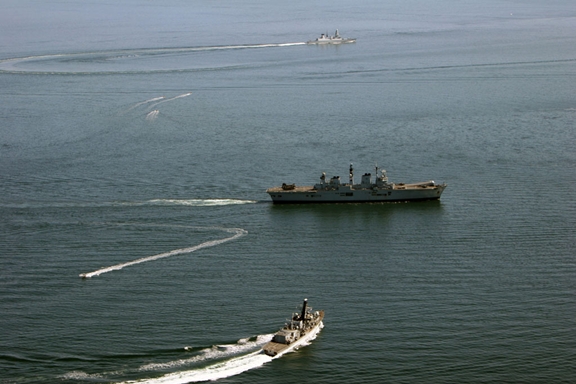 The military is calling their multinational Naval exercises a success: “A giant exercise off the coast of Scotland which involved more than 30 warships and 65 aircraft from 13 European countries has drawn to a close”. During their exercises the Navy tried to recreate war-time situations through the use of sonar, underwater detonations, and other tactical maneuvers.

As well as the Royal Navy and Royal Marines, elements of the Army, RAF and forces from countries including the Netherlands, Canada, France, Denmark, Belgium, Norway, Poland, Sweden and Germany, also took part. There were a total of around 12,000 personnel involved. (Source) 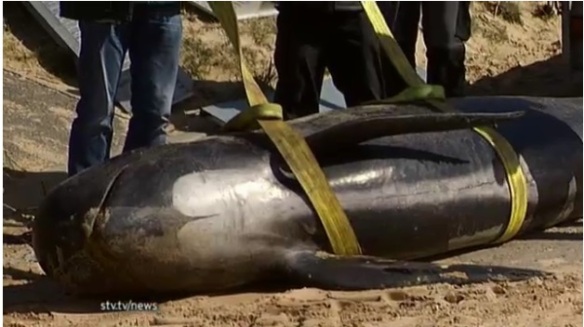 On April 25, 2013 three pilot whales stranded near Portmahomack, Easter Ross. The stranding was immediately connected to the military operations forcing the exercise to move, “Bosses behind the biggest military exercise in Europe were forced to relocate their operation after three whales became stranded on a Scots beach” (source) Sadly the Navy’s change of location would be too late for the three pilot whales, one of which died. 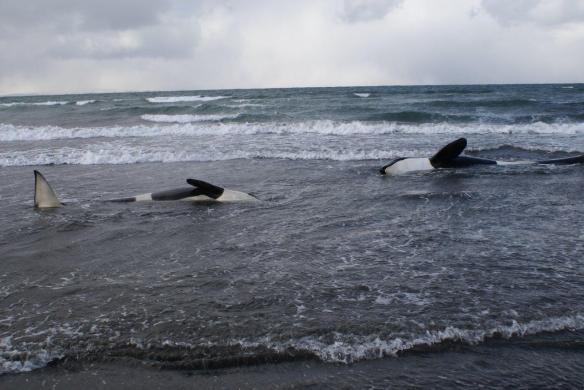 The biggest Naval exercises in European waters would continue to take it’s toll on cetaceans. On April 29, 2013 five orca stranded off the coast of Iceland. Although none of the countries present have stepped forward to take the blame for the death of this pod the evidence continues to point in the direction of sonar or underwater explosions. Although Iceland is 834 miles from Scotland two points must be made:

1) The exercises were moved

2) The use of sonar in each submarine, and warship could have been used anywhere and at anytime. It’s use is not exclusive to exercises.

April 29, 2013 Iceland a dying orca with bloody eyes cries out for it’s podmates

The information connecting cetacean strandings is always difficult to obtain but don’t we as citizens of the world and advocates for cetaceans and the ocean have a responsibility take action for the dolphins and whales who need our help so desperately. Sonar and seismic testing are deadly to cetaceans. Isn’t it time we started questioning it’s use worldwide. When does the price for war games played in the ocean become too great?

Read an updated article that connects all the dots and lists additional deaths!