Blackfish may have slowed down SeaWorld but it hasn’t slowed down their Russian friends a company called, White Sphere that is busy pulling orcas out of the Sea of Okhotsk. 2012 and 2013 have been successful years for “White Sphere” a conglomerate, and the Russian captive industry. In 2012 they managed to capture the young female orca now known as Narnia and in August of 2013 White Sphere has captured an additional seven orcas during two different operations in the Okhotsk sea. Two of those orcas are headed for China: ” The rumors are China and Moscow where new facilities are coming on stream. To send the whales to China requires CITES permits and we have now found out that at least 2 CITES permits have been issued”(source).  Two other whales are following a different path that  White Sphere hope involves performing at the Sochi Olympics.

Three more captured Russian orcas join Narnia
An adult male, adult female and juvenile female killer whale were captured recently in the Sea of Okhotsk, eastern Russia, about 50 km south of the place where the young female orca Narnia was captured a year ago.

On November 26th Russian Orcas on Facebook made a sad announcement to the world: “We have new information that two of the killer whales being held near Vladivostok are soon to be flown across Russia to the Sochi Dolphinarium. Sochi is a busy place these days preparing for the winter Olympics, 7-23 Feb. 2014. The whale captors known for the capturing beluga whales such as those the Georgia Aquarium is attempting to import, are planning on making big money during the Olympics by putting these newly captured orcas on display. These will be the first orcas ever displayed in public in Russia. A sad day for Russia, a sad thing for the Olympics, a very sad situation for two orcas who now will be flying across seven time zones, some 7,427 kilometres (4,614 miles) to spend the rest of what remains of their lives in captivity”.(Source) 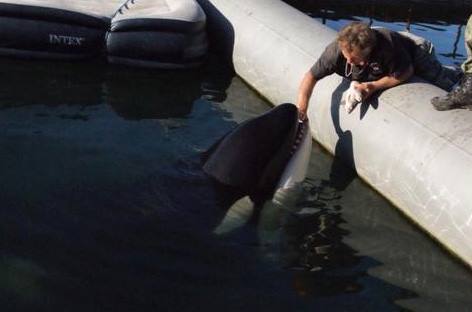 Narina in a small holding pool near Vladivostok by Russian Orcas

On December 2nd Russian Orcas on Facebook confirmed that Narnia was one of the orcas on their way to Moscow: “After a year in a small holding pool near Vladivostok, yesterday 2 Dec., Narnia, a young female orca about 5m long and weighing 2.7 tons, was reportedly sent by cargo aircraft IL-76 to her final destination in a new Moscow Dolphinarium and Aquarium. Along with her was one of the orcas captured this year, a young male only 1.7 tons. They transferred at Krasnoyarsk airport then finished the 10-hour journey across Russia to the new Moscow Aquarium and Dolphinarium, said to be the largest oceanarium in Europe. No more news yet on the 2 orcas said to be going to Sochi for the Olympics”.(Source)

White Sphere and their many partners believe the Sochi Olympics is an opportunity to make a global name for themselves, and to line their pockets with gold as they display captive orcas for the first time in Russia, at the Sochi 2014 Olympic Winter games. Join us on Friday the 13th of December as we explain to the IOC, Vladimir Putin, White Sphere, and their partners from around the world that their support, and capture of wild orcas is unacceptable! It’s time they watched “Blackfish” and learned orca captivity is coming to an end not a new beginning.

Join the Tweetstorm and be a voice for the Russian orcas!

As the documentary “Blackfish” continues to recruit new advocates for orcas let us broadcast the terrible plight of Russian orcas. Be a voice for the Blackfish of Russia! Together we can make a difference! Creating Awareness is what we do! 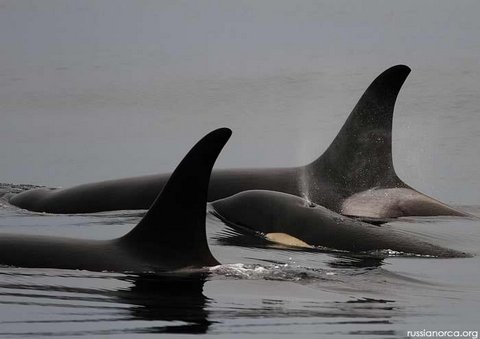 On September 25, 2012 Russian Orca confirmed via Facebook that orca captures have taken place in Russia.

“Following rumours, we confirmed today that at least two orcas were captured in August in the Western Okhotsk Sea near Reineke Island by Sochi Dolphinarium. One of them is either dead or released. Another orca was transported to Vladivostok. That’s all we know for now, trying to find out more. Tell us what you think and we’ll get the message to Sochi Dolphinarium” (source)

“Regarding the Russian orca capture by Sochi Dolphinarium, we have heard that the plan for the orca being held in Vladivostok is to sell him/her outside of Russia but no idea where…” (source)

“We have had no indications yet of where the orca is headed. We should share info if anyone hears anything” (source)

“The orcas were captured in the SW Sea of Okhotsk, a long way from our main study area off eastern Kamchatka/Commander Islands. We have only a very few orca photo-IDs obtained from our studies in that area. So yes, it’s possible but not likely. In any case, for now we don’t have a photo of the capture or of the individual being kept in Vladivostok. If we do get a photo, we will compare it right away”.(source)

Orca today are known to be unsuitable for captivity. Orca families stay together for a lifetime. Orca are known to be the most social beings on the planet and their lives are spent swimming great distances in the ocean. Is it right that these highly intelligent beings that have proved to be so dangerous in captivity, continue to be captured?

The book written by David Kirby, “Death at Sea World” explains just why orca should not be in captivity and how really dangerous it is. Please share the book, and encourage friends not to spend their dollars supporting an industry where highly intelligent beings are taken from their families and suffer for our entertainment.

Awareness and education are key to change!

Watch A Fall From Freedom here!

Join Champions for Cetaceans on Facebook for cetacean issues and news.