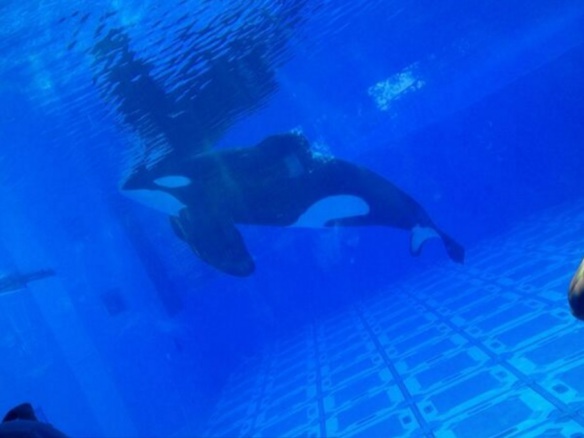 Ripped from his family 35 years ago Tilikum the star of the film “Blackfish” has been diagnosed with a deadly respiratory infection that cannot be cured.  SeaWorld continues to update the public trying to convince the world that “they care” but in reality all SeaWorld saw in Tilikum was a river of golden sperm that would further their breeding program. Through constant sexual abuse SeaWorld employees collected sperm artificially inseminating female whales, producing 21 calves within the SeaWorld prison system. Those baby orcas, were then ripped from their mothers sides, and shipped to other SeaWorld’s where they too must perform to eat. Many have died or become aggressive, never knowing a true family or the rhythms of the sea, their true home. They are a generation of slaves born into the SeaWorld prisons.

Despite the backlash from the film “Blackfish” documenting the death of Dawn Brancheau, the trainer killed by Tilikum, SeaWorld has made no positive changes for Tilikum or any of the orcas languishing at their many facilities in the United States and abroad. 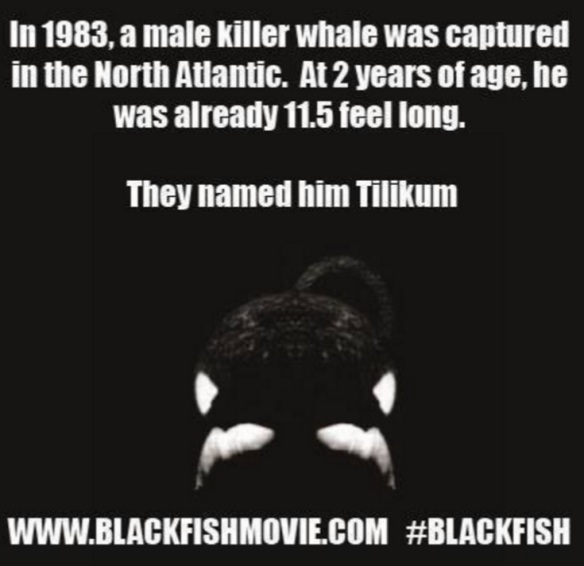 Blackfish Documented the Cruel Effects of Captivity at SeaWorld

Tilikum will never know the impact he has made on the captive industry. His story, supported by objective data, details a cruel environment that destroyed an orcas mind and spirit, who was kidnapped at the age of two destined to live out a life of torture, and terror for 35 years, killing three humans beings along the way. His message was loud and clear but SeaWorld and the captive industry would never listen.  Now his only escape is death as he dreams of the Icelandic ocean, the rhythms of the sea, and the family he will never see. 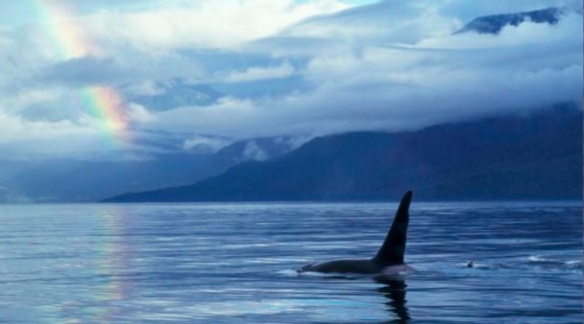 See you at the Rainbow Bridge

As Tilikum’s condition continues to deteriorate dolphin activist communities and scientists are pledging that they will increase the pressure on the cetacean prison camps and all dolphinariums worldwide. It’s time to empty the tanks and give dolphins and whales the retirement and restitution owed to them by the captive industry which is a failed experiment in every way as evidenced by the tragic life of Tilikum. 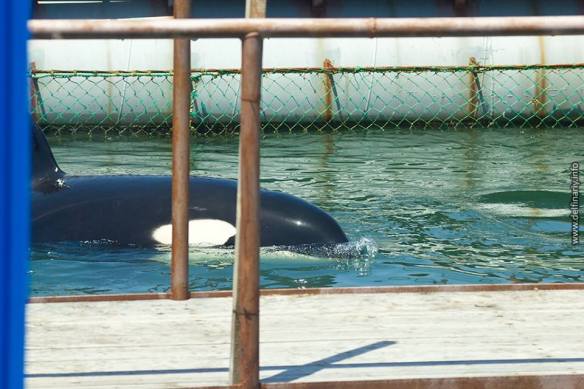 On October 27, 2013 the Facebook page Russian Orcas shared an image of orcas in a netted enclosure: “New confirmed information: Four more orcas have been captured somewhere in the Sakhalin Island area by the same company as before. In total, now there are eight captive orcas in Russia. Narnia captured last year, plus seven captured this year”.(source) In a short interview with Russian Orcas it was confirmed that the company capturing the orcas in Russia is called, “White Sphere”: “The company is “White Sphere” and its daughter company is “Sochinsky delphinary” (Dolphinarium in Sochi)”. Doctor Ingrid Visser Founder and Investigator at the Orca Trust commented on the image on her facebook page simply saying, “tragic that this happens right when “Blackfish” is making an impact”. 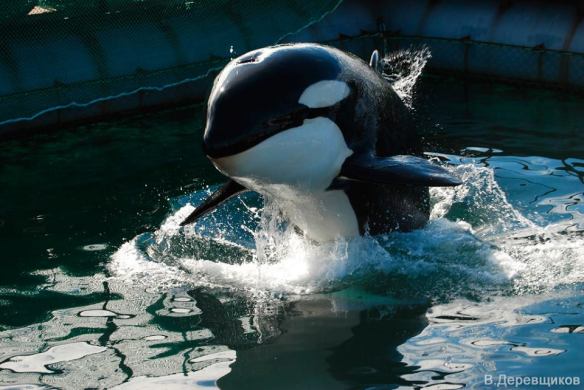 Previously on October 9, 2013 Russian Orcas had reported on another capture by “White Sphere“: “Three more captured Russian orcas join Narnia. An adult male, adult female and juvenile female killer whale were captured recently in the Sea of Okhotsk, eastern Russia, about 50 km south of the place where the young female orca Narnia was captured a year ago. They were transported in trucks for more than 1000 km to the south to the net enclosure near Nakhodka (Vladivostok area) and placed in the same net pen where Narnia was kept for the past year. The three captives were reportedly in a very bad condition after the transport. They refused to eat. The trainers could do nothing. Finally, we’ve heard, that Narnia herself tried something. She brought fish to the three captives and gave it to them. In this way she was responsible for persuading them to eat. This is not the first time one captive has helped others in the same situation. In the book Orca: The Whale Called Killer, Charlie Chin (M1) from the transient M pod encouraged a female in the pod to eat salmon—of course this is strange food for transients—after more than 2 months of refusing to eat. Regarding the four orcas now in Nakhodka, two of them are rumored to be headed for Moscow in November to be placed in the Oceanarium which is being built in the All-Russia Exhibition Centre. Two others are rumoured to have been offered for sale abroad. (Source)

On October 24, 2013 the heart-wrenching, fact based, eye opening film, “Blackfish” premiered on CNN. The powerful documentary exposes SeaWorld and the truth about the  death of Dawn Brancheau who was killed by killer whale,Tilikum in 2010. The movie highlights SeaWorld’s lack of concern for the safety of trainers who are working with killer whales, and explores why Tilikum has killed. Once the viewer sees the violent captures of these orca juveniles being ripped from their mothers in the wild there is no doubt what SeaWorld has to done these highly intelligent mammals, and continues to do by enslaving them is wrong. The orca is the largest of the dolphin family traveling hundreds of miles everyday. Orca families have stronger emotional family bonds than humans, staying together in pods for a lifetime. Horrific footage of the violent Puget Sound captures, and Tilikum’s capture brought viewers to tears as “Blackfish” premiered and revealed how very unsuitable orcas are for captivity yet the captures continue. 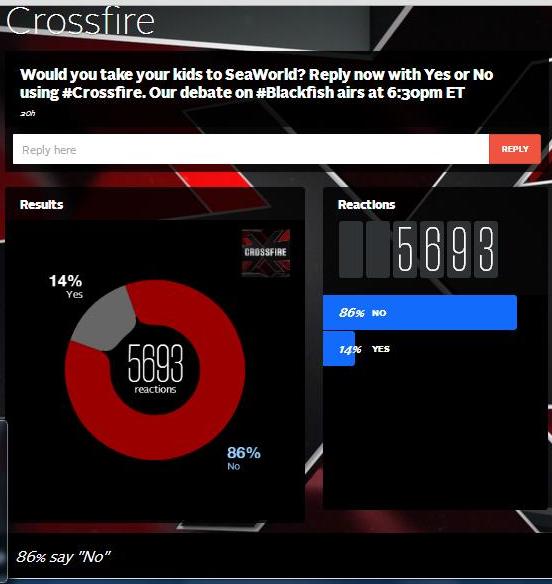 Loud and Clear The Public says “No” to Captivity

Blackfish ended up taking the number 1 spot on , “CNN Films: Blackfish #1 In Cable News Last Night In Key Demo Ratings” showing a huge interest in the compelling topic of keeping orcas in captivity. In addition CNN Polls demonstrated that people overwhelmingly believe orcas should not be in captivity yet the captures continue in Russia and Iceland, putting pods at risk of collapse, much like 43 year old captive orca Lolita whose L-Pod remains threatened in the Puget Sound today because of captures. The question looms will people get smart and realize that there is a “Better Way To See Orcas” before it’s too late?